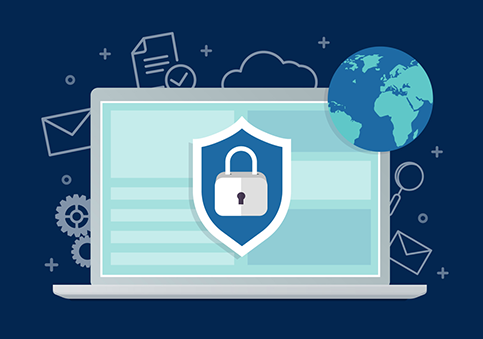 Data theft is occurring at a mind-boggling rate. History’s biggest data breach ever occurred in 2019. The stolen passwords and email addresses totaled nearly 773 million, and they were uploaded to a single database from thousands of sources. Whatever cyber defense tactics are currently in place for your organization, they are most likely inadequate. Preventing cyberattacks continually demands new cybersecurity strategies.

Many Old Standards in Cybersecurity are Obsolete

Cyberattacks today are becoming too much for manual security models. Various data sources analysts have indicated that cyberhackers are more and more aggressive and relentless. The number of threat indicators discovered by Hail-a-TAXII is upwards of one million. Thousands of malware incidents occur weekly, according to reports from IBM X-Force. Incidents by the millions have been detailed by the Data Breach Investigations Report published by Verizon.

The Inadequacy of Low-Level Indicators

In the past, a standard in cybersecurity was to monitor low-level indicators, such as domain names, IP addresses, and file hashes. It’s easy for IT personnel to block low-level indicators by plugging them into security devices and firewalls. Sadly, hackers have mastered the skill of getting around these security measures. When this is the only security provided, it’s like fortifying one window in your home but leaving the others highly vulnerable to intruders.

Another weakness in outdated security tactics involves the amount of time it takes for threats to be identified. It’s often the typical preoccupation with low-level indicators together with a glut of data that contributes to a troublesome lag in detecting data breaches. In 2017, Equifax experienced a massive data breach that wasn’t detected for 76 days; almost 150 million bits of personal data were involved.

Much has been learned about the tactics hackers use. Common attack patterns have been identified by watching high-level indicators, which are known in the IT world as Tactics, Techniques, and Procedures (TTP). Based on discoveries made about cybercriminals, it bears reiterating that focusing on low-level indicators no longer makes sense.

In addition to TTP, many threat groups (TGs) have been identified. Examples of tactics used routinely by certain threat groups to compromise the credentials of a victim follow.

Network Medics offers a true technology partnership that includes a focus on cybersecurity and using the most up-to-date methods against cyber-attacks. Our cloud and IT services are highly scalable, redundant, and powerful. Learn more about what we can offer your small or midsized business!