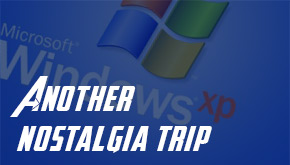 Outdated Technology “Amazingly Seriously” Is Still In Use

As you know tech changes quickly and using outdated technology can be harmful. 10 years ago, my phone flipped and usually lasted about 1 year. 5 years ago, Windows 8 released (ouch). 3 years ago, websites became responsive and finally started formatting automatically to mobile devices. 1 month ago, the best release of Windows 10 appeared that finally feels like the true successor to Windows 7.

Amazingly, there are simply people that do not see the need to change with the times – or wait a long time until they do. Here are a few outdated technologies while doing network assessments that our technicians have logged:

Seriously, if Windows XP was a person, she would be in a memory care unit. XP released in 2001. So did the iPod, which started to replace the mighty DISCMAN. Part of the Windows XP retirement problem is Microsoft being their own worst enemy. This happens some times – but this is the worst in my opinion.

Microsoft didn’t hold their ground on Windows XP “end of life” as they have with Windows 7 and, better yet, Windows 8. It took forever for Microsoft to put Windows XP and Server 2003 to pasture. They received so much pushback from large organizations, despite the obvious security risks; they repeatedly buckled to their demands. Amazingly, some banks and ATMs are still using Windows XP. I saw it firsthand when I approached an ATM downtown Minneapolis on Central Avenue last fall. The ATM had crashed with the Windows XP blue screen of death (BSOD). I think my eyes rolled a few times in sorrow, beyond just annoyed that I needed cash for a night out on the town.

Since I mentioned ATMs, I figured we would note that debit, ATM, and credit cards still use a technology invented in the 1970s. Internationally, credit transactions have long required a PIN along with your signature. In 1998, I remember really noticing this in the U.K. while on a band trip with Gustavus. In ‘Murica, this never has taken place except for debit cards – for reasons I could look up, but probably will just make me confused as to their logic.

Thankfully, we have seen a massive increase in the use of the embedded chips – because Visa and MasterCard are getting their rears in gear. Yes, it takes a moment longer at the terminal, but its worth every second. However, we are starting to see issues with chip security due to sniffing technology that can read the cards by simply being close to you. Can I please-please-please have a PIN?

OK, this isn’t a technology so to speak, but it is a “whine-able” offense. Why did I see one of these behemoths on my doorstep last week? Why? Why is there a 4 lb. wad of paper with data still distributed in this form to the masses? Well, because some people still use it – including my neighbors. Old habits die-hard and someday there will be a guy like me yelling on the Super Duper Xtreme Internet in 2037 that there are people still listening to CDs — but I suppose that already exists. At least I get 4 lbs. of bonfire starter every year for the cabin that burns in odd colors due to the ink.

Out of all the outdated business technology, I can see CRT use as a little bit more reasonable. As the days go by it gets less logical to use this outdated technology. As an old graphics hound, even just a few years ago (cough…OK, a decade), CRTs had better color accuracy then flat panel. Recently, there is no question newer flat panels massively outperform color accuracy and give the eyes a break running at 240Hz instead of 60Hz among other amazing features. We do not see CRTs in the wild as much anymore on prospect network assessments, but when we do, we help get CRTs recycled properly. There is bad stuff like mercury in a CRT, so they need to be disposed of safely with someone like TechDump.org or your local hazardous waste recycling center.

RRRRR, swish. RRRRRR, swish. If there is a single computer technology that drums up nostalgia for me – it is Dot Matrix Printers. Why? It was my first creative interaction with computers when I was young. I would spend hours on my Compaq 8088 Portable creating hilarious sayings in fun fonts that took up to 20 minutes to print a landscape 10 ft long poster that said “Happy Birthday Bubs!!!” (my tabby cat).

Amazingly, these still have some value and are still available for purchase. How? Why? Well, one example is there exist manufacturing companies with very dirty buildings that use them for the old “triplet” documents – things like invoices that are White/Pink/Yellow depending on who got which copy. In 2010, we successfully moved all of our clients that still were stuck on Dot Matrix printers to different technology. At the time, using primarily batch processing within Adobe Acrobat took care of the issue. As of late, we have a few new manufacturer clients we are working with to do the same. Generally, it is just a process issue that current technology can fix with proper it consultation, esp. when we take a hard look at the options available. 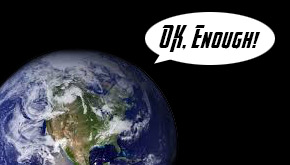 Anyway, one can argue outdated technology is still around because it still “works” in special cases. When it is still in use because of resistance to change, it is likely a security risk and you need to change quickly. If you are stuck in an outdated technology – whether that is an old ERP system, a time management system, or a piece of hardware, Network Medics can help you get moving on upgrading your network for your needs of today – and tomorrow. Our network assessments are thorough and give you all the information you need to make sound decisions on where your business needs to go. From there, we will build a plan and an IT project to bring you up to the efficiency you need.